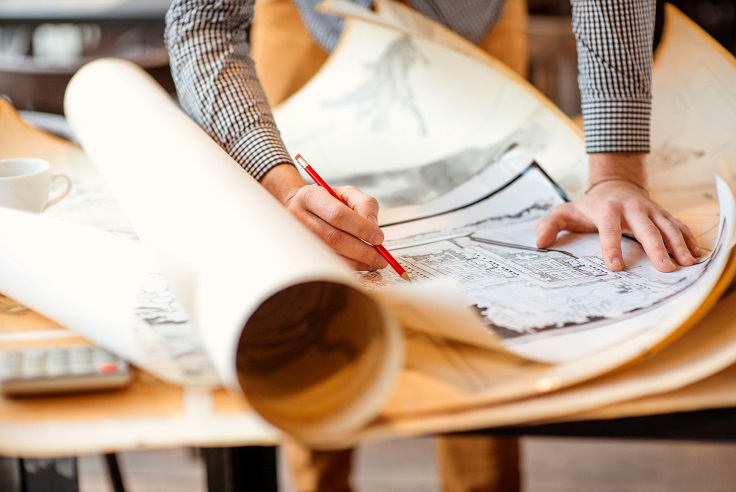 Covid has dominated the news over the last year and has of course had a negative impact on the economy, with many sectors struggling due to its impact and uncertainty on what the future holds. One of the main sectors to be affected was the recruitment industry. The Covid pandemic has had a significant impact on recruitment, with lockdowns and staff having to undertake periods of isolation, many businesses have been forced to shut down or downsize.

The town planning sector did not go unscathed, however, so far 2021 appears to show the market is recovering. The second half of 2020 was relatively active in terms of demand for talent in the public sector and there was more of a willingness for town planners to move jobs.

2020 started with a boom with an increase of 79% of job roles within local planning authorities in January 2020 compared with January 2019. However, this increase was not to last, as Boris Johnson announced the need to put the country into lockdown in order to slow the spread of the virus. Jobs within local planning authorities decreased to the lowest point in April 2020, down by 76% from the beginning of the year. There was a decrease of 26% over the lockdown months compared with the same period in 2019.

With the country coming out of lockdown at the beginning of July and work in the the construction industry resuming, the town planning market picked up. Planning Portal recorded a record number of planning applications submitted since records began in 2005. July 2020 recorded nearly 60,000 applications submitted across England and Wales, an increase of 21% when compared with July 2019. Unusually, July and August were busier than normal, as due to the pandemic, less people took annual leave in the traditional concentrated school holiday period. As a result, the planning and building industry was busier than it has ever been during the summer months. The government also introduced changes to permitted development rules.

Between March and May 2020, also according to Planning Portal, we saw the lowest number of submitted applications in the last 4 years. However, once the construction industry opened, applications increased dramatically. When this happened the need for town planners across the UK grew within the public sector, with an increase of 18% compared to the same months of 2019.

London was one of the first areas to be affected with Covid and being the capital it had to lead by example. This meant using funds to help in the fight against the horrible virus which has in turn impacted local authority spend across the London boroughs. This is one of the main reasons the job market within local planning authorities in London hasn’t picked up to previous levels seen in 2019 and January 2020 like the rest of the UK.

Management level roles also increased in 2020 by 41%; these are roles from team leader through to director and executive level.

Covid has also impacted the variations of planning applications types. Householder and associated consents have risen since June and this trend continued with applications 43% higher than the same time in 2019 (Planning Portal). Full planning and associated consents, which provide a longer-term indication of schemes, particularly large ones, rose in September but slightly dropped back down. A big concern for local planning authorities has been the potential significant reduction in fee income from planning applications as volumes fall. Although submissions have risen significantly since the end of May, fee income has not. According to Planning Portal between the start of March and the end of October 2020, planning fees of around £174.5m were collected on behalf of local planning authorities in England. This is around £9.5m lower than the same period in 2019. When larger schemes are less than usual, these are the applications that are the usual key income stream to sustain planning departments.

With a vaccine on its way and the light at the end of the tunnel, the planning industry has a huge role to play in the future. However, there is still uncertainty around what will happen over the coming months and years, but with applications seemingly continuing to rise and with the construction industry continuing to build, local planning authorities are key to rebuilding and shaping the future around us.